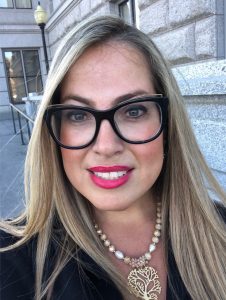 Founder and Executive Director for the Utah Justice Coalition. Darcy first took a Criminology course her Freshman year at Utah State University in Logan, UT where she found her love and passion for reform work. Darcy then headed after her freshman year to Virginia where she received her Bachelor’s Degree in Criminology from George Mason University in Fairfax, Virginia. It was at George Mason University where she first toured a local prison and also became better educated about the death penalty. Darcy changed her position to support repealing the death penalty in college understanding how broken the system is, how costly the process is and ultimately had the change of heart realizing that government and society had no place putting people to death. Darcy interned in the juvenile justice system working with a shelter for at-risk teens in northern Virginia, working to make a difference in their lives. Darcy moved her family to Utah and became active in Utah politics in 2009 as a citizen lobbyist in support of fiscal accountability and transparency. She co-founded the Utah Tea Party movement organizing citizens to unite and take action in their local communities. She organized campaigns to assist citizens to become County and State Delegates, elect fiscally responsible representatives as well as pass constitutional and State Powers legislation. Over the years, she has supported common sense reforms to the criminal justice system and opposed legislation which violates civil rights and due process. She has worked as a family rights champion, working to assist families affected by CPS and the court system over years. Darcy has working tirelessly at keeping families together. Darcy has utilized her staffing and HR professional background to help citizens find jobs post prison. She has forged partnership with like-minded organizations to promote a holistic approach to reentry from prison including faith based programs and corporate partnerships. 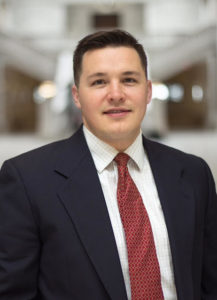 Josh Daniels is a policy analyst with the Utah-based Libertas Institute. He received his degree in political science from Brigham Young University and his law degree from the University of Houston. He has worked on a variety of state, local, and federal policy issues. He is a former senior aide to US Congressman Pete Olson and is a US Marine Corps combat veteran of the Iraq war where he worked transporting detainees across prisons in Iraq. He has worked in the juvenile courts and mentored at-risk youth and volunteers with various organizations. He is a member of the national Right on Crime coalition and is passionate about criminal justice policy. 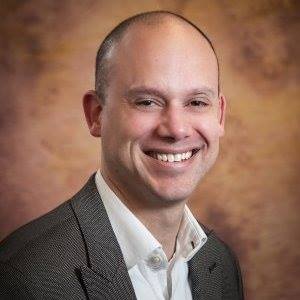 Nigel Swaby is an experienced entrepreneur and manager with knowledge in technology, real estate, mortgage finance and marketing. He currently holds a Utah real estate license and serves on the Salt Lake Board of Realtors Government Affairs Committee and Commercial Alliance. Mr. Swaby is active in his local community serving as Chair of the River District Chamber in Salt Lake City and 1st Vice Chair of the Fairpark Community Council.
He writes a quarterly column for The West View publication. In his free time he enjoys golf, travel and college football. Nigel is very passionate about reforms to the criminal justice system to help people get a second chance at life and find dignity in work! 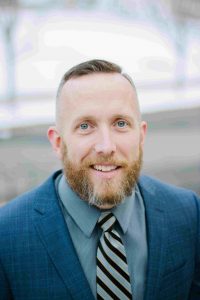 Nick Mecham is the Director of Criminal Justice Reform with the Utah Justice Coalition. Nick received his bachelor’s degree in political science from the University of Utah and his law degree from Ave Maria School of Law in Naples, Florida. While in law school, Nick clerked for the Hon. John Baxter of the Salt Lake City Justice Court as well as for former Salt Lake City law firm Callister, Nebeker, McCullough. Nick also worked for the Office of Criminal Conflict and Civil Regional Counsel, Second District in Form Myers, Florida where he worked on criminal defense cases. Since law school Nick worked for the State of Utah in the Division of Occupational and Professional Licensing as a legal analyst. There he co-authored the State Construction Registry Rule. He worked at Low VA Rates assisting U.S. military veterans get home loans. Nick also worked at Orange Legal Technologies in Salt Lake City doing electronic discovery review. Most recently, Nick worked as the Legal Services Developer for the State of Utah in the Division of Aging and Adult Services. There he developed education opportunities and coordinated with other agencies and attorneys throughout the state to ensure that seniors, 60 and over, received the legal services they were entitled to. He also worked with the State Long-term Care Ombudsman and the Caregiver Support Program manager to rewrite the rules governing their specific programs to ensure they were in compliance with the Older Americans Act. 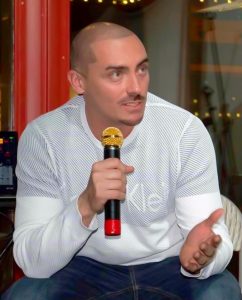 UJC is excited to have Weldon Angelos as the Director of Advocacy. Weldon is a former music producer who worked with legends like Snoop Dogg and Tupac Shakur’s recording group. In 2004, Weldon became the national face of criminal justice reform after he was sentenced to a mandatory 55-year prison term for a $1000 worth of cannabis as a first-time offender. His cause was championed by Senators Cory Booker (D-NJ) & Mike Lee (R-Utah), celebrities, leading news organizations like the Washington Post, and even the Koch brothers, which led to an early release in 2016 after serving 13 years of his 55-year sentence. Since his release, Weldon has become a leading activist working with a bipartisan coalition of celebrities, lawmakers, business leaders, and the White House to make our federal criminal justice system fair for everyone. He also successfully advocated for and helped pass the FIRST STEP Act, which is the first federal comprehensive criminal justice reform legislation passed since 1970. Weldon is also a public speaker & author, and is currently co-producing a feature documentary about the criminal justice system with Mark Wahlberg. 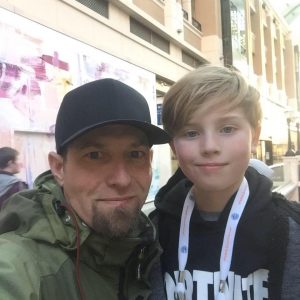 John and Chase Hansen are a force to be reckoned with in their mission to assist the homeless and promote empathy in the community.   This amazing father and son duo founded Kid Labs to study homelessness and how to best assist those experiencing homelessness through positive interactions like having a meal together and connecting one on one.  They are making a difference by facilitating interactions with the homeless for other members of the community including awareness for corporate teams over lunch.  In partnership with Utah Justice Coalition, Project Empathy is assisting members of the community experiencing homelessness to find housing and jobs and hopefully stay off the streets for the long term.

Reach out if you would like to book a lunch interaction with those experiencing homelessness. 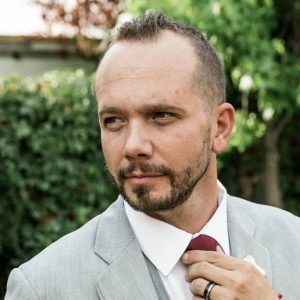 Jessie Campbell, Life on the Line

Jessie Campbell is an extraordinary individual who has overcome significant personal and physical challenges including drug addiction and homelessness.  He serves as an inspiration to all of those around him.  He founded Life on the Line, using fishing as his therapy to move passed his trauma and addiction.  Now he helps other men receive assistance to overcome their addictions, trauma and challenges through fishing retreats.  These retreats include people experiencing homelessness along side corporate executives and makes for an experience that will last a lifetime.  Utah Justice Coalition is a proud partner with Life on the Line to serve those seeking compassion and peace.

Reach out if you would like to book a fishing retreat with those experiencing homelessness. 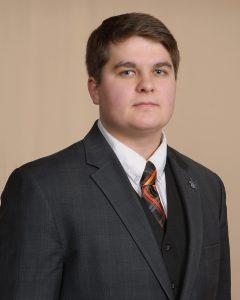 Rees Empey, a criminal justice associate for the Utah Justice Coalition, was born in Salt Lake City, Utah and grew up in Missouri. After graduating from high school in 2015, Rees moved back to Utah to earn a bachelor’s degree in Political Science and a minor in Religious Studies from Utah State University in Logan, Utah. While pursuing his degree, Rees interned with the Utah State Legislature, the U.S. House Natural Resources Committee, exit polled for the 2016 election, worked as a research assistant at Utah State, and studied abroad in Kunming, China. Aside from engaging in politics, Rees enjoys fishing, hiking, and reading. 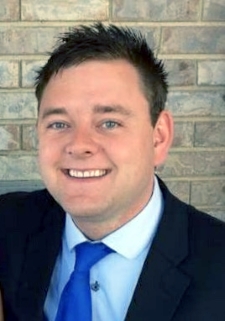 Mike Levorsen is the Policy Analyst for Utah Justice Coalition. He received his Bachelor’s Degree in Political Science with an Emphasis in Public Policy from the University of Utah. He has interned for U.S. Senator Orrin Hatch in Washington D.C. and other honorable politicians such as former U.S. Senator Bob Bennett. Michael has been involved in politics since he was 18 years old. He has been involved as a citizen activist to defeat tax increases and hold Utah politicians fiscally accountable. He has been conservative and pro-life his entire life. Michael has supported criminal justice reforms in the past and is excited to help support these common-sense reforms in the future. 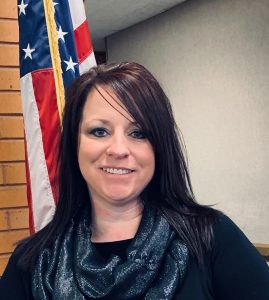 My name is Maria Hays, I am a mother of three incredible children. I am Majoring in Clinical Social Work with a minor in Psychology. I recently moved my children to Utah to finish my education.
I find it rewarding, as well as setting a good example for my children. I chose to join the Utah Justice Coalition because I am living proof that people change. Just like many other individuals, I chose to make poor choices that have affected me throughout my life. I am a recovering addict and a survivor of domestic violence. Removing myself from both situations helped me develop a better understanding of what it takes to change lives around if the individual is willing. I went into a long-term treatment center and learned all the coping skills, met new friends and developed a support system. I believe in second chances by allowing individuals to not be viewed as the person they used to be. My goal is to give others like me a voice. Although I am a recovering addict I am also a mother, daughter, student, sister, aunt and an important role model for those who have lost hope in the justice system. 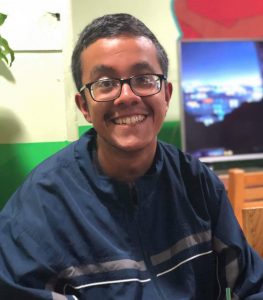 Hello, I am Salvador Ceja-Monroy and I am excited to intern with the Utah Justice Coalition this semester. I was born in Ogden Utah and graduated from Ogden High in 2016. I am currently a Junior in college and I attend Weber State University where I am majoring in political science and minoring in Spanish. I was first introduced to the Utah Justice Coalition back in 2017 when I helped organize an event with them as a panel guest discussing the Death Penalty at Weber State. I am excited to work on criminal justice reforms. 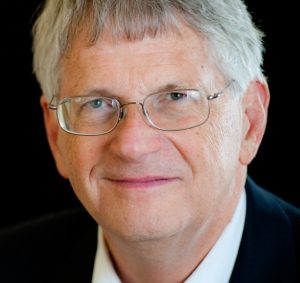 Hugh Ballou is The Transformational Leadership StrategistTM and Corporate Culture ArchitectTM working with visionary CEOs, entrepreneurs, pastors, and nonprofit leaders and their teams to develop a purpose-driven high performance collaboration culture that significantly increases productivity, profits, and job satisfaction, through dramatically decreasing confusion, conflicts, and under-functioning. With 40 years as musical conductor, Ballou uses the leadership skills utilized daily by the conductor in teaching relevant leadership skills and showing leaders in business, church, or nonprofit organizations the power of creating a high performance culture that responds to the nuances of the leader as a skilled orchestra responds to the musical director. In his work with Social Entrepreneurs and corporate executives for 30+ years applying his unique transformational leadership concepts, he has developed comprehensive systems and strategies for empowering leadership leading social change His books, e-Books, online programs and live presentations have impact on leaders worldwide with his unique and proprietary leadership methodology that integrates strategy with performance unlike the traditional consultant model.